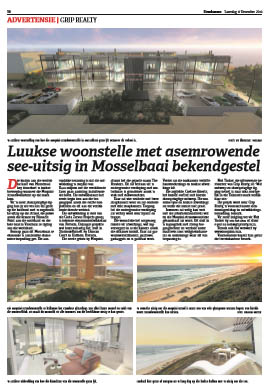 The coastline on the Western side of Mossel Bay is set to get a luxurious boost, as the long awaited Moquini Beach Apartments come to the market. One could not ask for a more spectacular site which is set above the beach with views of the beach, the breakers, the cliffs at Pinnacle Point to the east and the bay towards Vleesbaai to the west. 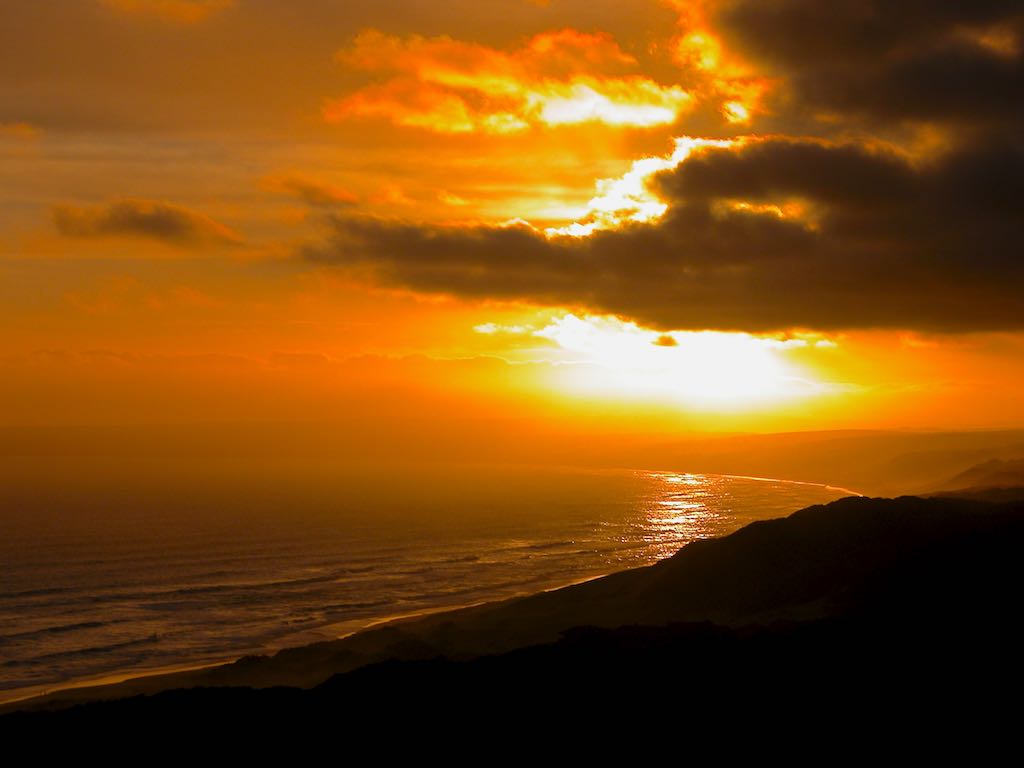 The economic boost to the local Mossel Bay economy will be significant and initial estimates is that the development will be in excess of R 400 million over the various phases, including the hotel. The developers have already commenced construction of the entrance road, the first building platform and have connected to the various services.

The development is part of the Costa Zervas Projects Group of companies, a leading Pretoria based property developer. Recent projects include “Studios@Burnett” and “Duncan Court” in Hatfield, Pretoria.

The first building at Moquini Beach, aptly named ‘The Breakers’, will consist of a basement with garages, the ground floor and a penthouse level. There will be four two bedroom units and six three bedroom units. Access from the basement will be by an elevator and stairs. The apartments have a generous allowance for finishes which include air conditioners to all rooms and the lounge. There will be gas geysers, gas stove, gas fireplace and a gas braai. The bathrooms will have heated towel rails and high end finishes. There are both northern and southern balconies with frameless glass balustrades allowing for maximum use of the position above the ocean.

The Architects, Coetzee Alberts, have outdone themselves with this spectacular design. The modern lines and luxurious finishes will certainly get tongues wagging.

The Moquini Beach Apartments will be secured by a gate house with access control and various other measures such as surveillance cameras and fences where appropriate.

Neil Tucker, MD of Grip Realty said: “There is nothing like this available on the market, in both design and in such a spectacular beachfront position, in the Garden Route.”

The project is marketed by Grip Realty, a leading development marketing estate agency. Contact Neil Tucker, neil@griprealty.co.za, 082 828 4893. The site office will be open from the 16th of December 2016.